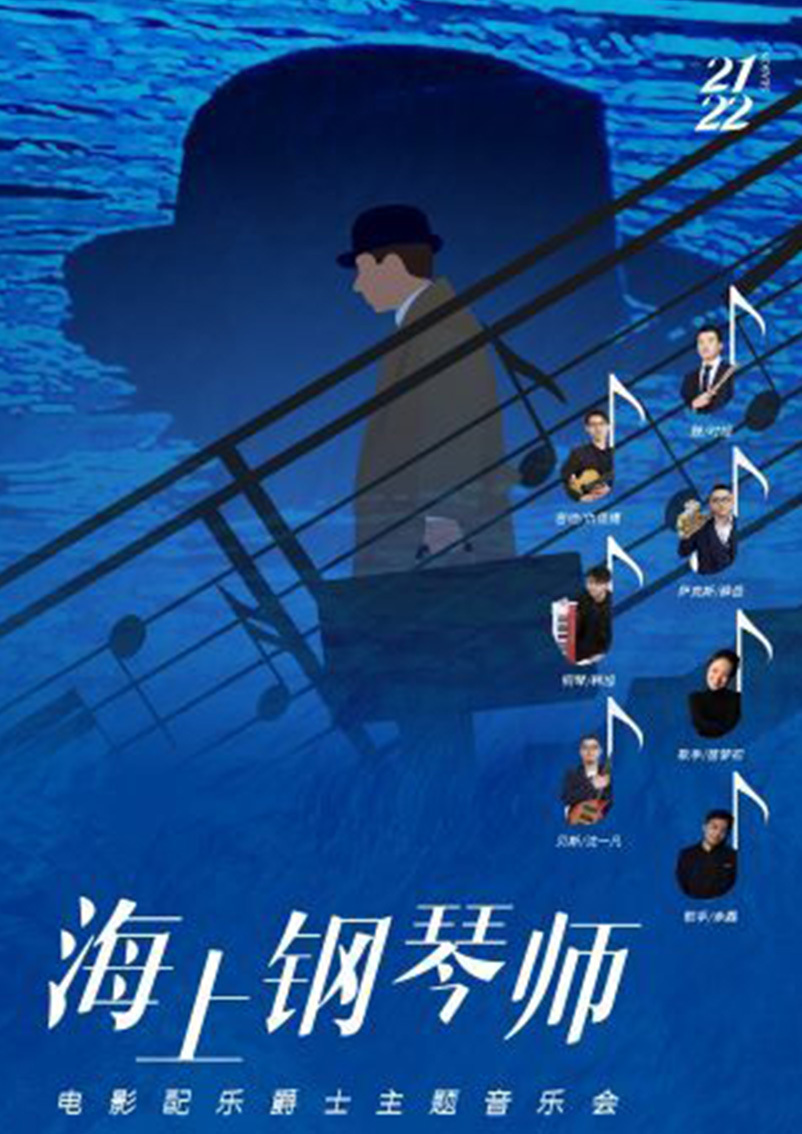 The RJ Big Band -- a 16 piece band that has performed at stages around town -- dives into the musical and emotional world of the movie The Legend of 1900. They are joined by Shanghai Conservatory of Music pianist Han Xu for a night of songs and visuals of the movie.
2022-12-02 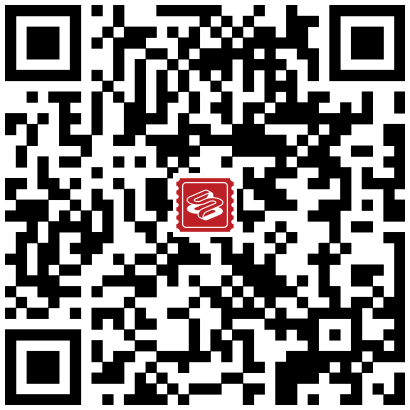 The RJ Big Band -- a 16 piece band that has performed at stages around town -- dives into the musical and emotional world of the movie The Legend of 1900. They are joined by Shanghai Conservatory of Music pianist Han Xu for a night of songs and visuals of the movie. Music is a highlight of "The Pianist at Sea", the whole film uses a lot of jazz music as a clue to outline the life of 1900, this concert will take us to feel his life and death, sorrow and joy, his emotional world, his eyes of the world and the appearance of all beings.

In the 1920s, many people with dreams crossed the ocean and took cruise ships to what they considered to be the passionate and challenging United States, a jazz trumpeter named Max, aboard the luxury cruise ship Virginia, he was severely seasick on a stormy night, stumbled to the ballroom of the cabin, at this time he met a mysterious young man who invited him to sit at the grand piano and embark on the most memorable journey he had ever made

After a stormy night, Max became good friends with the young man and learned of his origin: 20 years ago, a black boilerman named Danny picked up a baby boy in the first class, because born in 1900, the early year of the 20th century, the sailor named the baby boy: 1900 (English), the boy is very smart and cute, and has shown curiosity about many things since childhood, on this day, he secretly came to the dance hall in the cabin, saw the piano, and heard the music that would become his favorite music

1900 showed amazing talent after the first contact with the piano, he has extraordinary piano skills without a teacher, which makes him become the star of this cruise ship when he grows up, many people come to hear his divine piano skills, including jazz pianist Morton, he is known as the man who created jazz, and when he fought with the 1900 piano, he appeared in front of everyone and played this music, in fact, he had won at that time, 1900 heard his sincerity and passion for music from this piece, was moved to tears, and also imitated the track.

After becoming famous in the 1900s, soon a record company came to record an album for him, hoping that more people on the shore could hear his magical performance, and at the moment of improvisation, his eyes were gradually attracted by a girl on the deck looking in the mirror, and the music followed her footsteps to flow a breathtaking melody

Founded in September 2011 in Shanghai, RJ Big Band is one of the oldest and most member jazz bands in China. Previous music directors and conductors: Mr. Qian Yu, a saxophone, educator and composer, Ms. Lisa Sun, a vocal artist and educator; Current conductor: Mr. Xue Yue, a saxophonist and educator. In addition to pursuing high quality on the road of jazz music art, the orchestra's repertoire also covers a variety of musical styles from traditional jazz in the United States in the 30s and the golden age of major bands, to today's pop, funk, rock and so on.

Since its establishment, the orchestra has participated in nearly 100 performances of various kinds, and has been invited to perform in the "Jazz Shanghai Music Festival" and "Intense Jing'an-Jazz Spring Music Festival" for many consecutive years, and has held many concerts in Shanghai Concert Hall, People's Grand Stage, Poly Grand Theater, Mall Theater, Mercedes-Benz Mixing Room and other places.

Young classical and jazz pianist, master's degree in jazz piano at Shanghai Conservatory of Music. In 2007, he began to study piano, won the first place in the Jiangxi Provincial Music Unified Examination in 2014, was admitted to Nanjing University of the Arts to study classical piano with the first place in the country in 2015, and was admitted to Shanghai Conservatory of Music in 2019 to study for a master's degree in jazz piano, under the tutelage of Chinese jazz pianist Professor He Le, joined the orchestra in 2020 and participated in various performances, and is currently the director of rhythm and sound and resident composer. His original jazz masterpieces include: "Inner Passion", "Fly me to the place where you are", "Rosy Prospect", etc., have performed in many places and released their first solo album "Inner Passion" on QQ Music in October 2021. In July 2021, his first jazz band original work "Mysterious Man" was successfully premiered by RJ Jazz Orchestra at Lincoln Jazz Shanghai Center. In November 2021, at RJ's 10th anniversary concert, the famous singer Liang Xinyi sang the big band version of "Rainy Day" adapted by him.

Shanghai Conservatory of Music is a graduate student majoring in jazz performance, and as an exchange student at Nagasaki University, he formed Q Trio to perform in jazz landmarks such as BODY II SOUL, チトセピアホール in Kyushu region, and joined RJ as a guitarist after returning to China in 2020, and has appeared on the stage of JZ Club, Lincoln Jazz Center, Tatsuyama Life Music Festival, Jazz Spring Music Festival and so on.

Jazz drummer, educator, nine-beat contracted artist, Paiste scratch spokesperson, Evans drum skin spokesperson, executive director of Shanghai Percussion Association, deputy director of the Teaching and Research Department of Shanghai Percussion Association, visiting professor of Qingdao Percussion College. Graduated from the Queens College of Music with a master's degree in jazz and drum playing. He has performed on the same stage with many foreign masters such as Dom Famularo, Lucas Van Merwijk, Ian forman, Antonio Hart and so on, and has been praised and affirmed by foreign masters. In 2017, he toured the country with Richard Sussman, a jazz piano professor at the Manhattan Conservatory of Music, which was highly acclaimed. He has been invited to perform as a guest in major music festivals such as Jazz Shanghai Music Festival, Jing'an-Jazz Spring Music Festival, and Strawberry Music Festival. Since 2020, he has been the drummer of the Golden Melody Award jazz vocal group Mr Miss; He served as the drummer of the tour band of well-known players of the variety show "Sound into People's Hearts" Gong Ziqi, Kim Sung-kwon, Lee Xiangzhe and others. In 2018, he won the first place in the band category of the first "Jazz Master Orchestra Competition" sponsored by Music China and JZ Music.