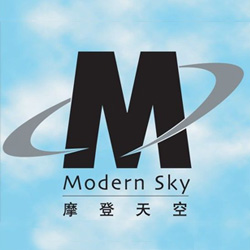 Beijing-based record label-cum-festival promoter Modern Sky is a main (some would argue “the”) arbiter of Chinese independent music and youth culture. Almost two decades of activity has seen the company amass a catalog that includes over 200 independent releases from Chinese artists and various imprint projects. Since 2007, Modern Sky's most visible and ambitious project has been revolutionizing the large-scale music festival in China, Europe, and the States with their two festival brands Strawberry Festival and Modern Sky Festival. In 2014 they put on over 20 festivals a year throughout China, and their first yearly in New York. As of 2016 they also developed into venue management, opening Modern Sky Lab in Beijing, with more opening in Shanghai and several second tier cities.