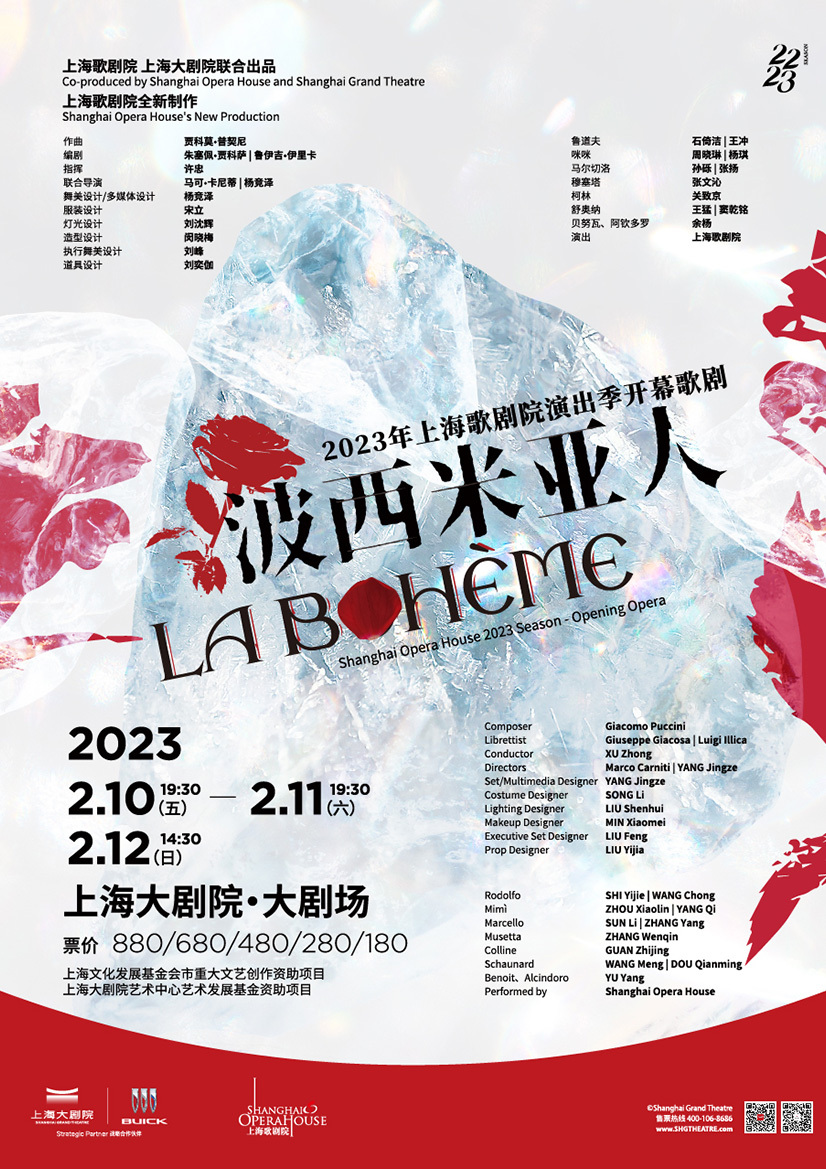 For two nights only, Puccini's opera La Bohème is the opening opera

In February 2023, the newly produced "Bohemian" will be directed by Xu Zhong, the president of the Shanghai Opera House, the famous conductor and pianist. The famous tenor Shi Yijie will join hands with the Shanghai Opera House again to star in the first Puccini opera in his opera career. At the same time, Marco Carniti, the famous Italian opera director, and Yang Jingze, the unique Chinese director, will also cooperate for the first time in this edition of "The Bohemian", bringing you a stage presentation full of visual impact and futuristic sense, with distinctive Shanghai style temperament. 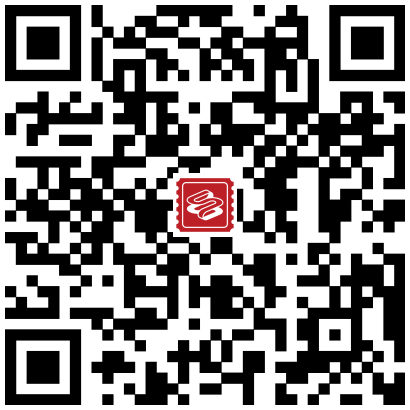 For two nights only, Puccini's opera La Bohème is the opening opera In February 2023, the newly produced "Bohemian" will be directed by Xu Zhong, the president of the Shanghai Opera House, the famous conductor and pianist. The famous tenor Shi Yijie will join hands with the Shanghai Opera House again to star in the first Puccini opera in his opera career. At the same time, Marco Carniti, the famous Italian opera director, and Yang Jingze, the unique Chinese director, will also cooperate for the first time in this edition of "The Bohemian", bringing you a stage presentation full of visua... More 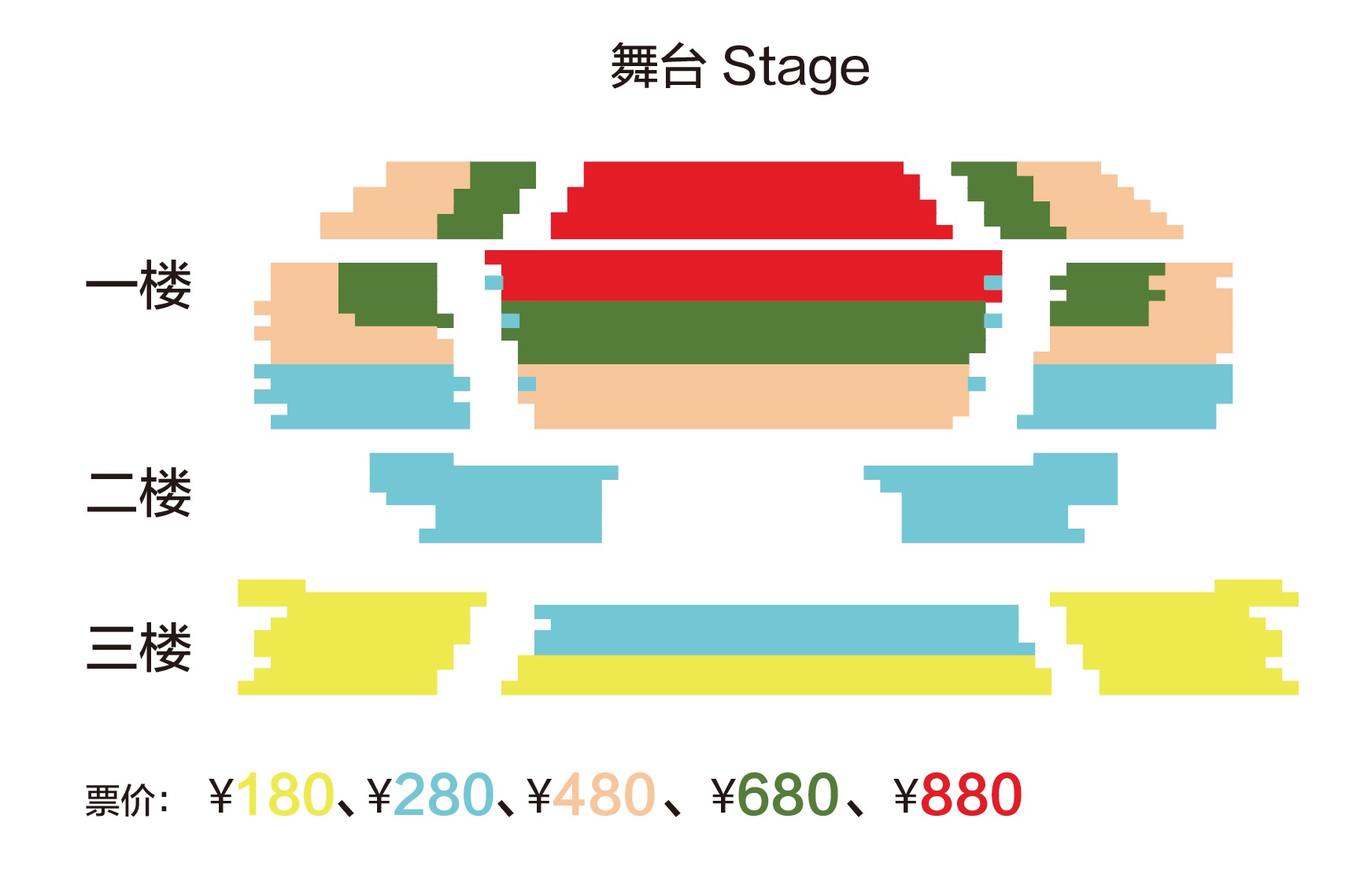 President of the Shanghai Opera House

Expert in external commentators at the World Singer Contest in Cardiff, UK

He is currently the president of the Shanghai Opera House, the chief conductor of the Verona Summer Festival/Opera House in Italy, the president of the International Opera at the Royal Welsh Academy of Music and Drama, an external commentary expert at the Cardiff World Singer Competition, and an independent non-executive director of NetEase Cloud Music. From 2012 to 2015, he served as Artistic Director and Chief Conductor of the Bellini Opera House in Italy, becoming the first Asian musician ever to hold the position of a famous Italian theater. From 2013 to 2019, he served as Music Director and Chief Conductor of the Haifa Symphony Orchestra in Israel, becoming the first Chinese musician in the history of Israeli music to serve as Orchestra Director.

Born in Milan, Italy in 1963. Initially studying dance, he switched careers to acting, and began training and working as a theater and opera director.

As a screen actor, he worked with Federico Fellini on L'intervista and with Hanna Schygulla and Marcello Mastroianni on Miss Arizona. He worked with Giorgio Strehler for 6 years at the Little Theatre in Milan, Italy, as an assistant director. and further directing training at UCLA, under the tutelage of J. Grotowsky and Bob Wilson.

As an assistant director, he has worked with different directors at the Teatro alla Scala in Milan, the Teatro Massimo in Palermo, the Teatro San Carlo in Naples, the Pesaro Rossini Opera Festival, the Royal Theater of Bologna City Hall, the Royal Opera of Madrid, the Liceu Theater in Barcelona, the Paris Opera, the Bonn Opera, the Nice Opera, the Washington Opera and the Korea Olympic Stadium, including Giorgio Strehler, Bob Wilson, Lluis Pasqual, Giancarlo del Monaco, Pet Halmen, Gilbert Deflo, Elaija Mosinsky, Stephen Medcalf, Maurizio Scaparro。 In 2002, he became Artistic Director of the Progetto Giovani troupe at the Eris Opera in Rome. In 2007, he directed his first feature film, "Sleeping Around," with Anna Galiena and Dario Grandinetti starring. The film won 6 awards including the "Best Director Award" at the 2008 Ibiza International Film Festival.

Graduated from the directing department of the Central Academy of Drama. He is good at starting from life experience in detail and forming a unique image style in a grand narrative. He has directed film works including "Love Full of Heavenly Mountain", "Don't Let Mother Cry", "Robbery", "Love Life" and "Ugly Girl", and documentary works include "Little Living Buddha"; Stage works include the science fiction opera "Seven Days", the drama "Kawanishi Ba Shang", the musical "Love Life" (based on the film of the same name) and so on. His film "Love Life" won the Best Newcomer Award at the Macao International Film Festival.

Chinese Tenor Singer, graduated from Toho University of Music in Japan, and is now a distinguished professor at the China Conservatory of Music.

In 2006, he received a full scholarship to Toho University of Music and went to study in Austria. In 2007, he won the first prize in four international vocal competitions within half a year, including Ferruccio Tavilia, Totti Dale Monte, Maria Canilla, and the Passau Festival in Germany; In the same year, he starred in the first opera of his career "Woman's Heart". Since 2008, he has participated in the "Rossini Opera Festival" for five consecutive years, becoming the first Chinese singer to participate in the festival. In 2010, he gave a solo concert in London; In the same year, he made his debut on the Chinese stage as a starring actor and participated in the world premiere of the opera "Yong Between".

Chinese soprano singer and opera singer of the National Centre for the Performing Arts. Graduated from the Opera Department of the Central Conservatory of Music, he used to be a soloist in the General Political Song and Dance Troupe. He has won the gold medal of the "Golden Bell Award", the second prize of the Wenhua vocal program performance of the Ministry of Culture (government award), the silver award of the CCTV Young Singer Grand Prix, the national and international vocal competition awards such as the German New Voice, the starring opera "Da Han Suwu" won the Wenhua Award, and the "Five One Project Repertoire Award" of the Central Propaganda Department. In 2012, she was named "China's Top Ten Soprano Singers" by CCTV Glory Bloom. She has played the heroine in more than 20 Chinese and foreign operas, such as Yang Caihong in "Mountain Village Female Teacher", Mimi in "Artist Career", Princess Zhuang Ji in "Orphan of Zhao", Violeta in "La Traviata", Leonora in "The Troubadour", Tiger Girl in "Camel Xiangzi", Zhengulandam in "Guest on the Iceberg", and Simon in "Simon. Bocanella" as Amelia, in "Water Fairy" as Water Nymph, in "Turandot" as Liu'er, in "Great Han Suwu" as Sorenna, etc. Famous Chinese and foreign conductors include Tang Muhai, Chen Zuohuang, Lu Jia, Yu Long, Yu Feng, Zhang Guoyong, Li Xincao, Lorraine Maazel, Vladimir Ashkenazi, Zubin Mehta, Zheng Mingxun, Antonio Papano and so on. While active on the opera stage, he has also participated in many national large-scale theatrical performances and foreign affairs performances, and has served as a solo and lead singer in the CCTV Spring Festival Gala, National Day Gala, New Year Concert, August Day Gala and Double Support Gala for many times. He has sung themed works in theatrical performances such as the 1st and 2nd Belt and Road Forum for International Cooperation, the Beijing Summit of the Forum on China-Africa Cooperation, the SCO Summit of Heads of State, the BRICS Summit, and the Asian Cultural Carnival of the Conference on Dialogue of Asian Civilizations.

Tenor singer, resident opera singer of the National Centre for the Performing Arts. He has starred in many blockbuster operas produced by the National Centre for the Performing Arts, including "Artist's Career" as Rudolph, "The Bard" as Manrico, "Long March" as Political Commissar Peng, "Camel Xiangzi" as Xiangzi, "Fang Zhimin" as Fang Zhimin, "Guest on the Iceberg" as Amir, "Summer Rainbow" as Li Wenguang, etc., and also worked with the "King of Opera" Placido. Domingo played a rival role in the opera "Macbeth", played the role of McDev, and played the main roles in many operas such as "Donhauser", "The Wandering Dutchman" and "The Famous Singer of Nuremberg", and served as the lead singer of the song "Ode to Peace" in the Belt and Road Gala "Millennium Covenant".

He went to the United States for further study, signed a contract with the San Francisco Opera, one of the four major A-class opera houses in the United States, joined the theater's Adler Young Artist Program, and played Erasmus in the epic opera "Troy" at the opening of the season, Arturo in "Rukia of Ramemore", "The Magic Flute" and "Louisa Miller", and performed concerts with the famous American pianist Martin Katz.