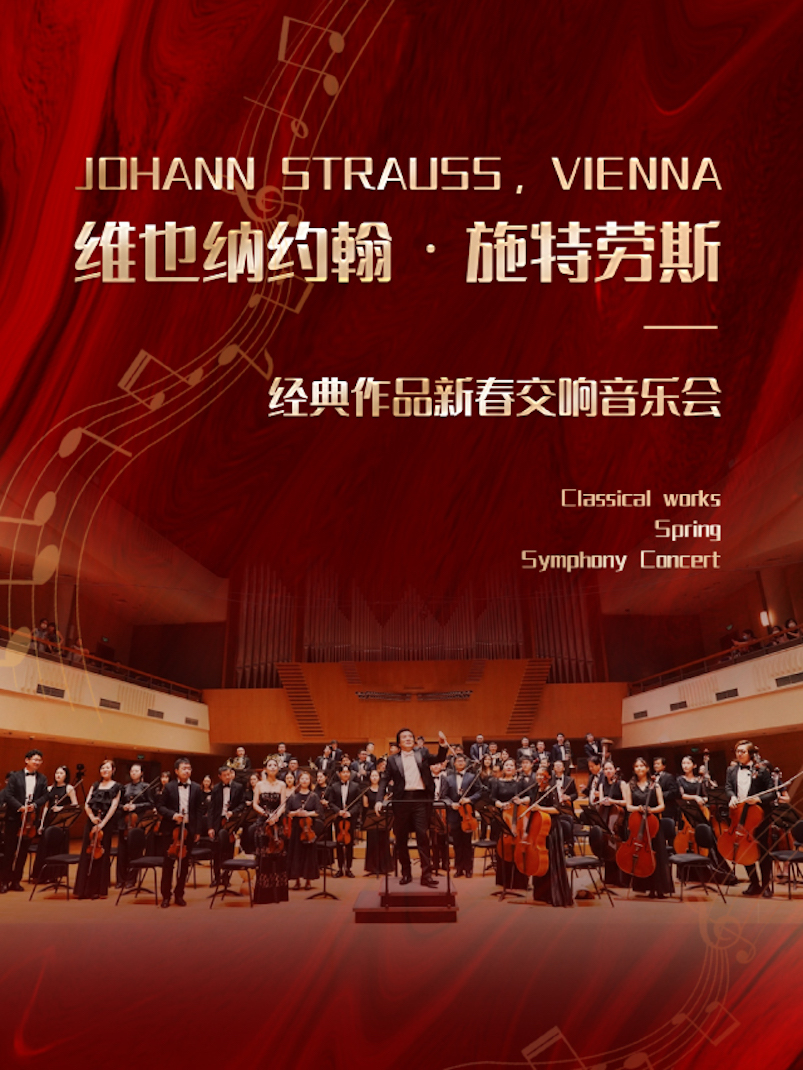 Join the Accent Symphony Orchestra and conductor Liu Ju - permanent conductor of the China Radio Film Orchestra - for a night dedicated to Johan Strauss and his other family members and get to hear their most popular songs, including of course the Radeski March. A musical feast that brings together many classic works of the four musicians of the Strauss family.
2023-01-27 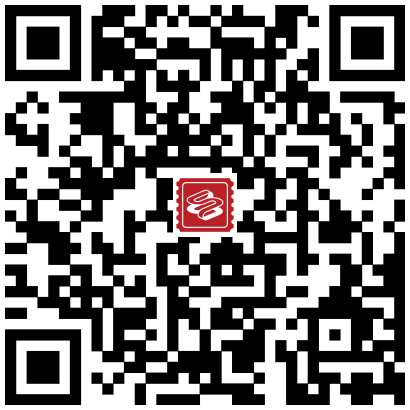 Join the Accent Symphony Orchestra and conductor Liu Ju - permanent conductor of the China Radio Film Orchestra - for a night dedicated to Johan Strauss and his other family members and get to hear their most popular songs, including of course the Radeski March. A musical feast that brings together many classic works of the four musicians of the Strauss family. 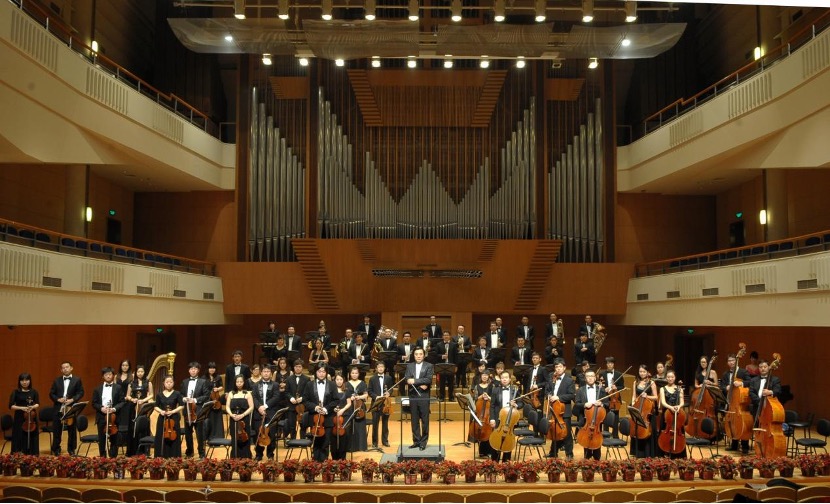 Although it is a family, due to the background of the era and personal concepts, the style of the Strauss family's works has become more diverse. The "father of waltzes" Johann Strauss the Elder wrote more than one hundred and fifty waltzes, dozens of polkas and marches in his lifetime. But his greatest achievement was that together with the composer Joseph Lanner, he laid the foundation of the Viennese waltz.

Before them, waltzes were slower, with the same value of three beats in a bar, while Viennese waltzes, the second and third beats were often a little longer, and the speed was generally a small allegro. Structurally, the Viennese waltz is a bit more complex than the general waltz, consisting of an overture, three to five waltzes, and an epilogue, each of which has two melodies, which are also repeated to form a single or two-part or single trilogy. The content of the music is also more profound, so Johann Strauss Sr. is known as the "father of waltzes".

Although Johann Strauss Sr. wrote hundreds of waltzes, dozens of polka dances and marches, among his works, the most influential and popular is the "Radetsky March", which is also a must-hear work in symphony concerts. 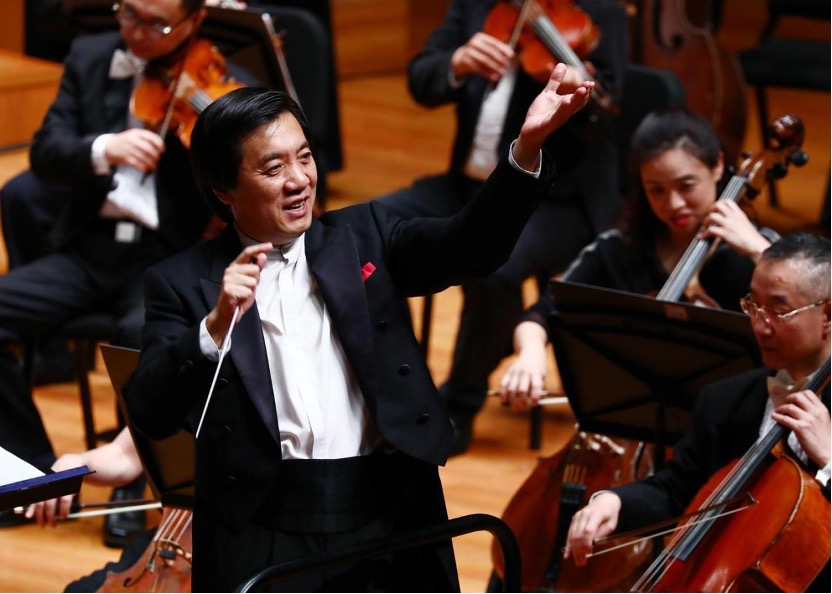 Conductor Fan Tao, national first-class conductor, permanent conductor of China Radio and Film Orchestra. Graduated from the Department of Composition and Conducting of Shanghai Conservatory of Music, under the tutelage of Mr. Huang Xiaotong, a famous conductor and educator.

Fan Tao is a talented conductor who is skillful, passionate and tense. In 2000, he received the Special Jury Prize of the Sibelius International Conducting Competition in Finland and awarded it to the Sibelius Family Fund, where he subsequently studied under the world-class conductor Essa Pekka. Salonen Esa-Pekka Salonen. At the Finnish Summer Festival, Fan Tao once again showed his conducting skills, which was broadcast live on Finnish national television, and he was loved by the Finnish people who love music.

From 2001 to 2003, Fan Tao received a full scholarship to study at the University of Florida, under the tutelage of the famous conductor and educator Mr. Phillip Spurgeon. During this time, he conducted the Florida Symphony Orchestra in a successful concert at Carnegie Hall in New York; He was also invited to conduct a series of highly distinctive modern works by renowned contemporary American composers at the Eleventh Florida Modern Music Festival, including some world premieres. His delicate and original interpretation of modern works has been highly appreciated by composers. In addition, he has conducted the opera "Dawn of Sorrow", the opera "La Traviata", "The Marriage of Figaro" and the ballet "Red Detachment of Women" by the famous Chinese composer Guan Xia.

Fan Tao has also recorded a large number of CDs, including "The Gate of Music" with the China Philharmonic Orchestra, "Four Masterpieces", "Yellow River" and "Liang Zhu" recorded by the China Broadcasting Folk Orchestra. In 2007, he won the Best Record of the Year and Best Conductor Award on the Asian Top 10 Audiophile Record Chart, and in 2008, he won the Best Curation Award of the Top 10 Audiophile Records in Asia. Founded in 2013, the Accent Symphony Orchestra is active on the stage with its continuous improvement of musical accomplishment, consistent rigor and endless stage projects. With the prosperity of the domestic performance market, the orchestra has become one of the most professionally competitive and dynamic symphony orchestras in China. 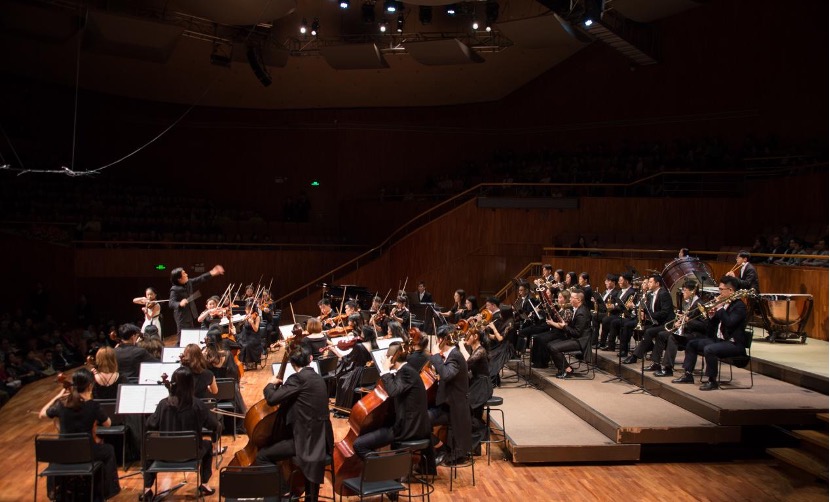 In terms of performance content, the Accent Symphony Orchestra has won unanimous praise inside and outside the industry with its rich performance types. The classical concerts performed by the orchestra include: "The Magic Flute" and "Serbian Barber" Opera Symphony Concert, breaking the deadlock of difficult opera performances to understand, and allowing the audience to understand and enjoy opera in a relaxed and fun atmosphere. The Tchaikovsky ballet "Swan Lake", performed in cooperation with the Russian State Ballet, perfectly combines symphonic music and ballet to bring the audience a shocking audiovisual experience. "World Famous Symphony Concert" focuses on well-known classical music works, enriches the audience's life aesthetics, and builds a bridge between Western classical music and public life.

The Accent Symphony Orchestra performs not only classical concerts, but also film and animation concerts, family and family concerts, and musical stage plays. Among them, the cooperation with Beijing Concert Hall: "Doromi and Big Gray Rooster Parent-Child Story Concert" has passed five years since its opening, as China's flagship parent-child concert, it integrates classical music with interesting stories, and is an excellent parent-child concert that accompanies children's growth. "Music Forest Idiom Story Concert" combines newly composed idiom stories with music, allowing children to feel the beauty of idioms and music together in fresh, interesting and twisty stories. 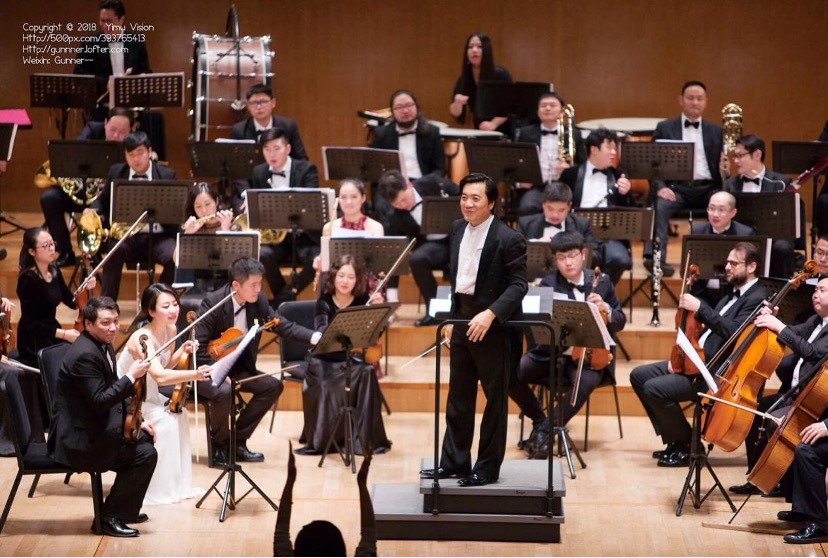 In addition, the orchestra has recorded music for movies and TV series many times. He was also invited to participate in the Beijing International Film Festival sponsored by Beijing Beijing Performance Group, and the performance of the "Ice and Snow Covenant" New Year performance season.

The Accent Symphony Orchestra is loved by the audience for its diverse performances and elegant and serious concert types, and is more flexible in responding to the market and nurturing the audience, and the orchestra firmly believes that only performances that the audience likes are successful performances, and strives to contribute to the development of the Chinese performance market.