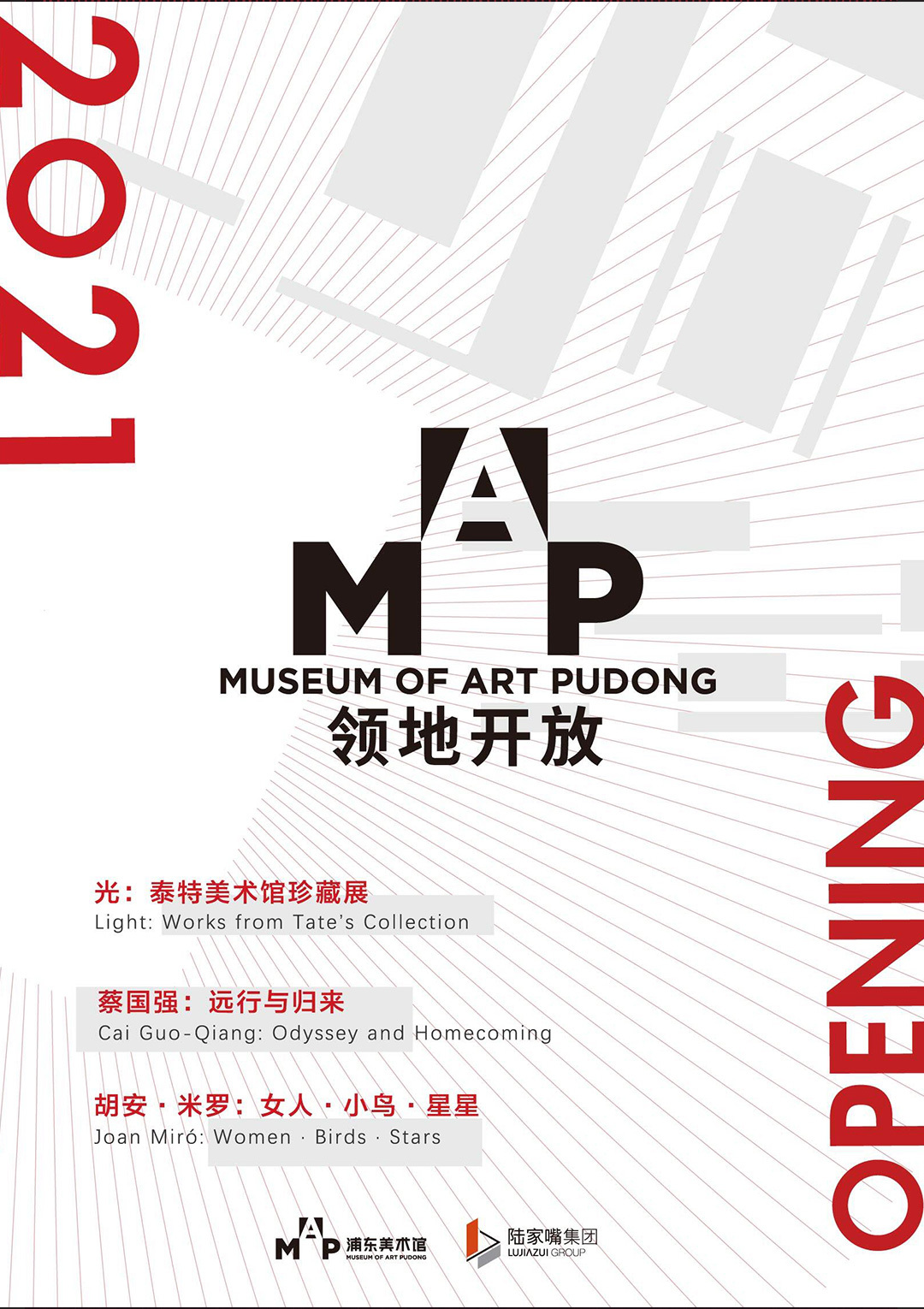 Opened in July 2021, the Museum of Art Pudong is one of the finest museums in Shanghai developed by the Luijiazui Group: the exhibition area occupies more than 10,000 square meters with 13 halls. It’s a minimalist, marble-concrete-and-glass, box-y design. It’s got lots of Moments-worthy arts going on. It’s got internationally-sourced validation. It’s got a fine-dining Italian-ish restaurant on the roof. It’s got all that Shanghai likes. Currently, there are four on-going art shows, including: Gravitational Arean. The Dynamic Eye: Op and Kinetic Art from the Tate Collection and Design for Fun - Italian Contemporary Design, A World of Beauty - Masterpieces from the National Archaeological Museum of Naples.
2021-08-16 2023-12-31 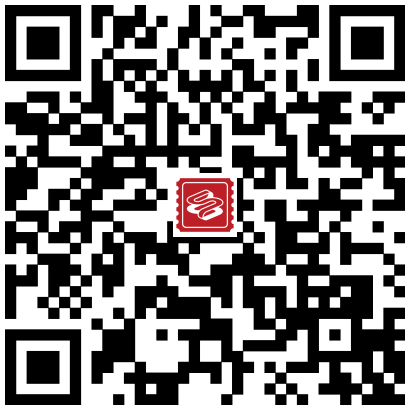 Opened in July 2021, the Museum of Art Pudong is one of the finest museums in Shanghai developed by the Luijiazui Group: the exhibition area occupies more than 10,000 square meters with 13 halls. It’s a minimalist, marble-concrete-and-glass, box-y design. It’s got lots of Moments-worthy arts going on. It’s got internationally-sourced validation. It’s got a fine-dining Italian-ish restaurant on the roof. It’s got all that Shanghai likes. Currently, there are four on-going art shows, including: Gravitational Arean. The Dynamic Eye: Op and Kinetic Art from the Tate Collection and Design for Fu... More The new exhibition Xu Bing: Gravitational Arena opened officially on August 12th, 2022 in the Exhibition Hall X of Museum of Art Pudong (MAP). This exhibition was produced by the Lujiazui Group and organized by MAP. Composed of 1,600 metal Square Word Calligraphy characters, with a visual depth of more than 50 meters, this giant installation was tailored by artist Xu Bing for the Exhibition Hall X at MAP, a unique art space across the globe. It is another astonishing piece of commissioned work exhibited at the Museum since its opening.

As an unprecedented spectacular installation, Gravitational Arena takes the most advantage of the Exhibition Hall X's spatial features rather than being simply "placed" in the exhibition space. A colossal vortex of characters is formed in the hall, stretching to the ground from more than 30 meters high. Apart from the tensions and contortions caused by gravitation, the characters are reflected by a big mirror on the floor, thus prominent is the mutual "penetrating" sensation of depth between the artwork and the space.

The Dynamic Eye: Op and Kinetic Art from the Tate Collection

On September 30, 2022, Museum of Art Pudong (MAP) opens its new exhibition The Dynamic Eye: Op and Kinetic Art from the Tate Collection on the 2nd floor. The exhibition brings together nearly 120 artworks, spanning various media like painting, relief, screenprint, sculpture, installation and video, revisiting Op and Kinetic Art from a global perspective. The exhibition is co-organized by MAP and Tate, and produced by Lujiazui (Group) Co., Ltd.

Op Art – short for optical art – emerged during the 1950s and 1960s. Many artists started to bring ideas from mathematics, scientific research and colour theory into their work. Simple lines, geometric shapes, and eye-popping colour were combined to create optical effects and illusions. Kinetic Art was closely associated with Op Art, encompassing art utilising motors, moving elements and sources of energy to challenge art as a static form.

The exhibition includes 11 sections and the concourse. It weaves together artists closely associated with these movements, such as Jesús Rafael Soto, Victor Vasarely, Alexander Calder, as well as their predecessors and contemporary practitioners. The exhibition touches upon important groups of artists who chose to work together, such as GRAV, Zero, Signals, New Tendencies, as well as exhibitions that were foundational to the development of Op and Kinetic Art, like Le mouvement (1955, Paris), and The Responsive Eye (1965, New York). Organized in a non-linear, non-chronological fashion, the exhibition reframes Op and Kinetic Art as tendencies embraced by artists throughout different times, geographies and cultural contexts. What they share is a deep interest in stimulating the viewer’s eye and perception while taking art into new dimensions.

Museum of Art Pudong (MAP)'s new exhibition for fall 2022, Design for Fun - Italian Contemporary Design opens on September 28, 2022. The exhibition is produced by Lujiazui (Group) Co., Ltd., organized by MAP, and supported by the Consul General of Italy in Shanghai, the Italian Cultural Institute of Shanghai, R.P. of China as well as MondoMostre S.r.l.

The exhibition is located at exhibition halls 4A and 4B of MAP, and it is divided into thirteen sub-units, altogether presenting a pyrotechnic display which focuses on the greatest Italian designs created over the last seventy years. The exhibition develops on a path marked by a succession of thematic modules, each defined by a cluster of objects that interpret and explicate the subject. They are timeless and without borders, having origins in iconic presences and moving toward derivations and evolutions. No module exhausts its own theme but instead suggests its boundaries and ingredients.

In the order of exhibition viewing, the thirteen units are respectively " The Joyful Tragedy of Living", " To See, To Be Seen", "Theoretical Objects", " Fragile but Eternal", "The Soft Shape", "Trapping Light in Color", "Simplicity as an Ornament", "A Second Nature", "Playing Seriously", "Future-Proof", "The Face and the Soul", "Nomadic Design", and "Daily Rituals." The exhibition includes many classic pieces designed by world-renowned designers, such as Ettore Sottsass, Cleto Munari, Alessandro Mendini, Philippe Starck, Vico Magistretti and Barnaba Fornasetti. Among them, some have works scattered throughout the exhibition hall, spanning across multiple modules, which is a key indication of their multi-faceted talents in various segments of the design field.

The exhibition Design for Fun - Italian Contemporary Design is is conceived and designed by world-famous Italian designer Aldo Cibic, who is the co-founder of the Memphis Group and an honorary professor at Tongji University, along with Joseph Dejardin from Cibic Workshop. It is co-curated by Italian architect, design and architectural historian and critic Enrico Morteo, architectural historian and critic, Prof. Maria Vittoria Capitanucci of Politecnico di Milano, and board member of International Award for Art Criticism (IAAC), Prof. Ling Min from the Department of Modern and Contemporary Art History at Shanghai Academy of Fine Arts.

As one of the most important archaeological museums in the world, the National Museum of Naples has the most complete collection of Roman sculpture and frescoes in Pompeii. This exhibition is the first large-scale collaboration between the National Archaeological Museum of Naples and a Chinese institution of modern and contemporary art. It is not only a grand display of the ancient Roman civilization 2,000 years ago, but many of the national treasures and precious exhibits have left Italy for the first time to participate in overseas exhibitions. The exhibition includes sculpture, painting, mosaics, frescoes, bronzes and glassware, and will reproduce the brilliant civilization of ancient Rome from different aspects.

Remains of an ancient city under a volcano

The exhibition presents many remains such as murals unearthed in the ancient cities of Pompeii and Herculaneum. In 79 AD, a massive eruption of Mount Vesuvius destroyed the once-flourishing Pompeii and its surrounding city of Herculaneum overnight. However, a large amount of volcanic ash has also preserved the remains of these two cities, and these rare and precious ruins have only been able to come from Italy today.

One of the highlights of the exhibition, The Pseudo-Seneca Head, often referred to in art books, is one of the most skilled and famous of all the busts recognized as Seneca in existence. For art students, it is also one of the classic images that must be copied.

The exhibition was designed by Aldo Cibic and Joseph Dejardin from the Cibic Workshop, and was designed by Francesco D'Arelli, Director of Italian Culture in Shanghai, Dr. Mario Grimaldi, Italian archaeologist and Clara Tossi, an Italian historian of applied arts. Co-curated by Clara Tosi Pamphili.