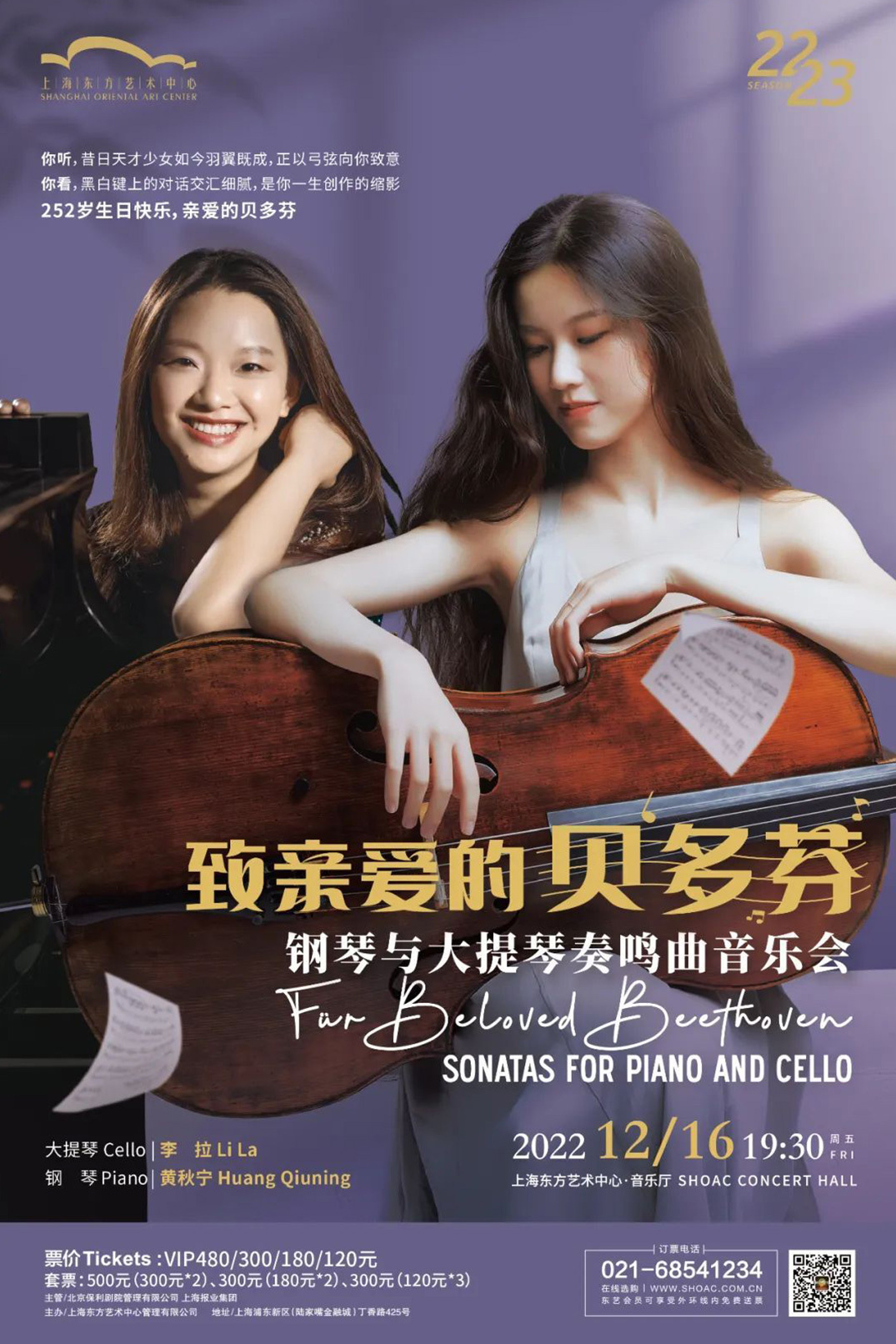 On December 16th, Beethovens birthday, the Oriental Arts Center hosts Li La on the Cello and Huang Qiuning on the Piano performing all five of Beethoven's sonatas for piano and cello.
2022-12-16 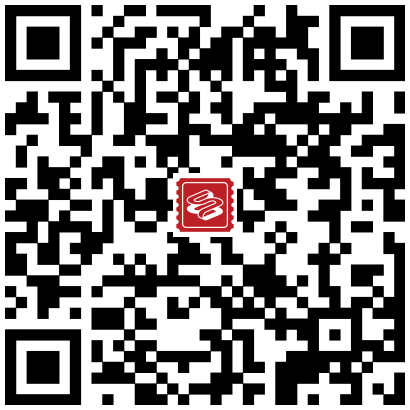 On December 16th, Beethovens birthday, the Oriental Arts Center hosts Li La on the Cello and Huang Qiuning on the Piano performing all five of Beethoven's sonatas for piano and cello. 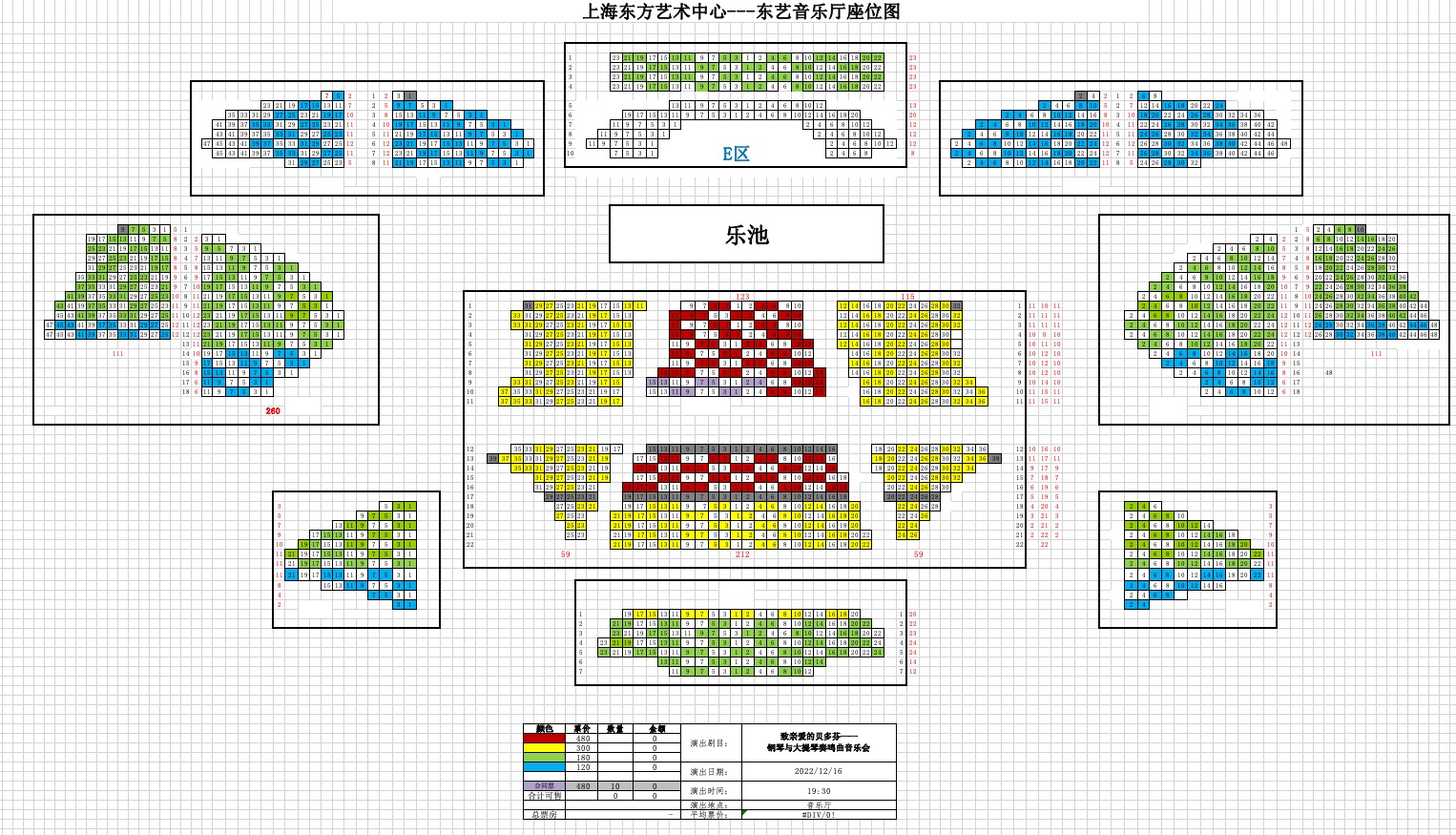 The repertoire of this concert spanned nearly 20 years, and Beethoven's stylistic evolution at various stages was fully reflected in these works, each capital was endowed with a unique musical beauty. Op. 69 is one of Beethoven's mid-term masterpieces, the most beautiful and popular of his five sonatas for piano and cello, with two instruments that are expressed alternately in each piece.

Li La studied cello at the age of 7 and entered the primary school attached to the Shanghai Conservatory of Music at the age of 9 to study with Professor Cao Min. In 2016, he entered the Juilliard School Foundation to study with cello professors Richard Aaron and Sieun Lin. Since 2018, Lila has been studying at the Kronberg Conservatory in Germany with cellist Frans Helmerson.

Important arrangements in recent years include being invited to participate in the "Chinese Style" concert held at the Teatro dell'Opera di Roma in June 2022, and collaborating with the Rome Sinfonietta conducted by young conductor Qian Junping on Zhao Jiping's cello concerto "Zhuang Zhoumeng"; In July, he cooperated with the Tokyo Symphony Orchestra conducted by Chief Conductor Fan Iimori at the Kawasaki Symphony Hall in Japan, and held cello recitals for the first time at the Kobe Women's College Concert Hall and the Suntory Hall in Tokyo. In December, he will collaborate with the Xi'an Symphony Orchestra conducted by conductor Liao Guomin on Haydn's "Cello Concerto No. 1 in C major"; In February 2023, he will perform Shostakovich's Cello Concerto No. 1 in E-flat major with the Kunming Nie Er Symphony Orchestra.

Huang Qiuning's solo and chamber music performance experience has been carried out in the United States, Canada, Austria, Poland and other places. The Boston Music Times once commented on her "incredible, seamless performance" for her audience. The Calgary Herald praised her performance for her "brilliant, glorious phrases and rich counterpoints... The excitement of the performance was overwhelming." In recent years, he has been invited to serve as a piano cooperation/artistic director of top competitions at home and abroad, such as the Elizabeth International Music Competition, the Stern International Violin Competition, the China Golden Bell Award Music Competition, the Pandelefcky International Cello Competition, etc., and has been active in the domestic chamber music stage for a long time, and has cooperated with musicians such as Zakhar Brown, Xu Weiling, Ning Feng, Nobuco Imai, Zheng Wenxiao, Martti Rousi, Wen-Sinn Yang et al. In 2020, she cooperated with the famous violinist Ning Feng to complete more than 30 wonderful performances of Beethoven's "Piano and Violin Sonata", which was unanimously praised by the domestic mainstream media and music fans. In addition, she has been invited to participate in and record at top international festivals, such as Mozarteum Festival (Austria), Foulger Festival (USA), Morningside Bridge, Walnut Hill (USA), Banff Festival (Canada), etc.

1. All spectators must cooperate with body temperature measurement (below 37.3°C), present the green "Suishen Code" and a negative nucleic acid test certificate within 48 hours (subject to the "Suishen Code"), and scan the "Venue Code" or "Digital Sentinel" for verification.

A 24-hour nucleic acid sampling record with no results can be used as proof of admission.

2. When entering the theater space and during the performance, you should wear a mask and pay attention to maintaining appropriate social distance.

3. When entering the auditorium, please take your seat according to the ticket information, and do not change your seat at will.

* If the admission requirements are not met due to personal reasons, the ticket will not be refunded.

* Admission precautions will be dynamically adjusted according to epidemic prevention and control requirements and industry guidelines, and the on-site announcement shall prevail.