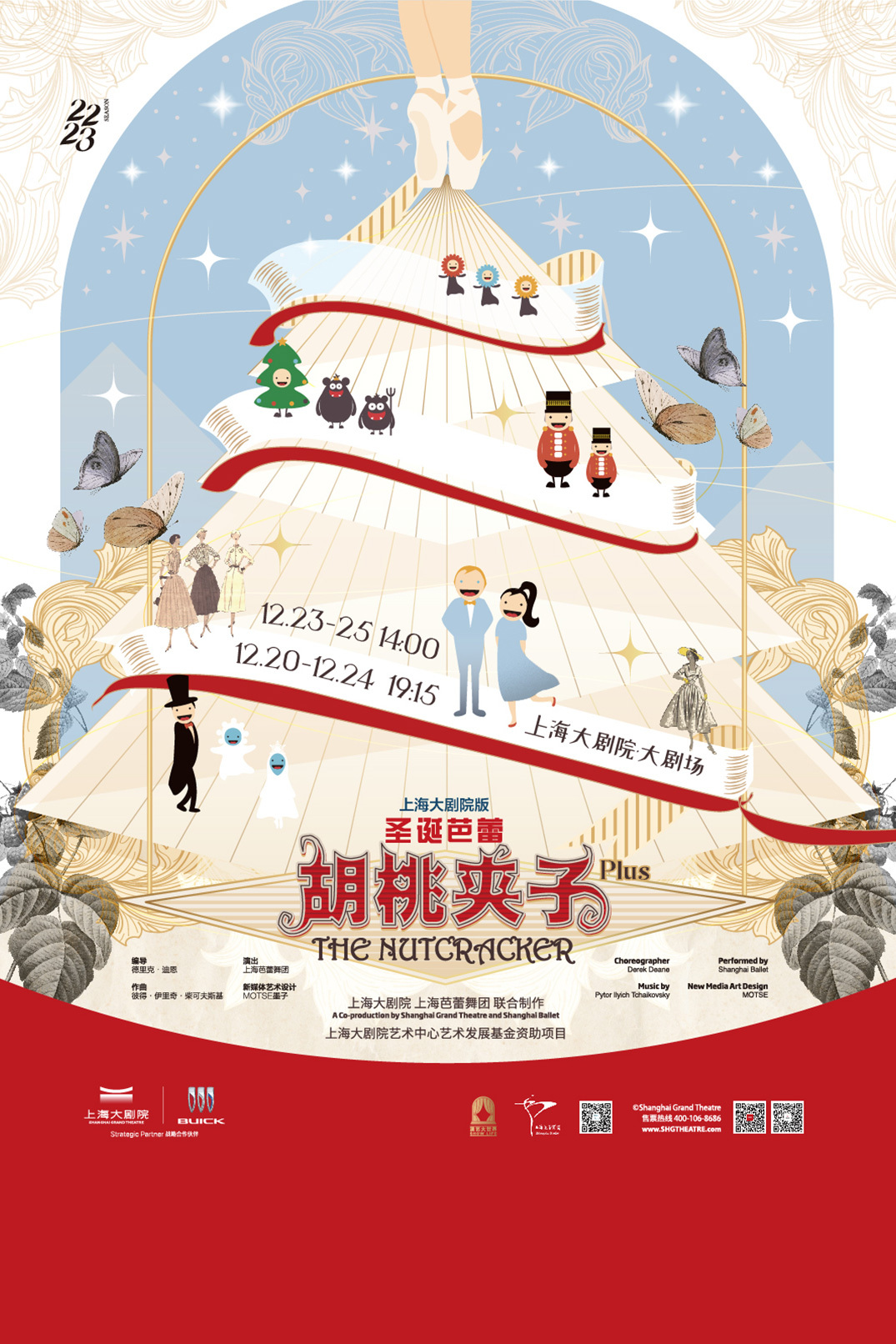 The Shanghai Grand Theatre version of "The Nutcracker" premiered during the Christmas season in 2010 and has been staged almost every Christmas season since. This year's show is again the version they performed in the last two years, which is choreographed by famed British director Derek Deane and has subtly blended Chinese elements with the classic tale set to Tchaikovsky's iconic score, making this an extremely popular event during the holiday season. Performed by the Shanghai Ballet. 7 shows only, so get your tickets soon.
2022-12-20 2022-12-25 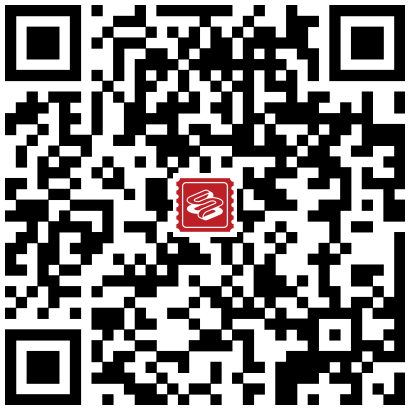 The Shanghai Grand Theatre version of "The Nutcracker" premiered during the Christmas season in 2010 and has been staged almost every Christmas season since. This year's show is again the version they performed in the last two years, which is choreographed by famed British director Derek Deane and has subtly blended Chinese elements with the classic tale set to Tchaikovsky's iconic score, making this an extremely popular event during the holiday season. Performed by the Shanghai Ballet. 7 shows only, so get your tickets soon. 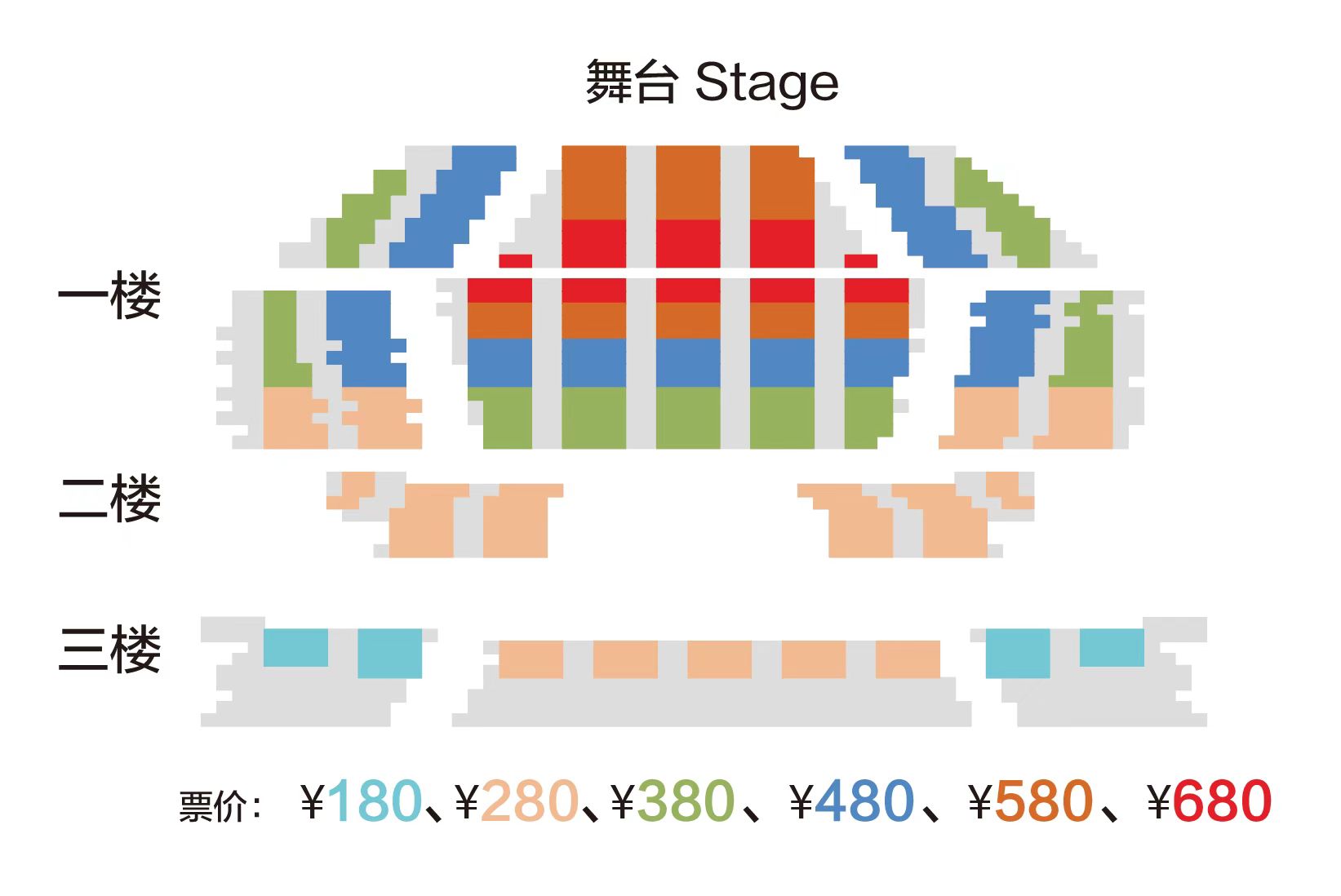 [Precautions for epidemic prevention during performances]

Derek Dean joined the Royal Ballet in 1972 and soon became a principal actor in 1980. He has played all the main roles in the repertoire, including many specially created roles by world-renowned choreographers. After creating numerous ballets for the Royal Ballet and the Royal Ballet of Birmingham, he left the Royal Ballet in 1989 to carve out a wider world of artistic dance. From September 1990 to October 1992, he was Associate Artistic Director and Resident Choreographer of the Teatro di Roma. Since October 1992, he has choreographed and performed throughout Italy and created ballet theatre in the United States, France, Japan and South Africa. From 2018 to the present, he has been the Artistic Director of Shanghai Ballet.

Derek Dean was appointed Artistic Director of the English National Ballet and the National Ballet School in the spring of 1993. His plays include: "Swan Lake", "Sleeping Beauty", "The Nutcracker", "Giselle", "Maiji", "Alice in Wonderland", "Strict Gershwin", "Cinderella", "Romeo and Juliet", "Hamlet", "Sicilian Vespers", "Portrait of Dorian Grey", "Fleeting Numbers", "We All Have a Hungry Heart", "Anything", "Fool", "Improvised", "Minor" and so on. In September 1995, the BBC filmed a diary-style television feature for him. In 1997, after his work Swan Lake was first staged at the Royal Albert Theatre, it was nominated for two Laurence Oliver Awards in February 1998, the highest award for British theatre. In 1999, Swan Lake was brought to the stage again and toured five theatres in Hong Kong, Sydney, Melbourne, Adelaide and Brisbane, which collectively recorded a record 250,000 viewers. In the summer of 2000, he created his third production, The Sleeping Beauty, which was staged at the Royal Albert Theatre. In the autumn of 2000, he wrote a new version of Swan Lake, which toured the United Kingdom and Japan for the next six months. In 2011, he choreographed Harsh Gershwin for the English National Ballet, which premiered at the Royal Albert Theatre.

In June 2000, the Queen of England awarded Derek Dean the "Best Order of the British Empire".

MOTSE is an international new media art team composed of artists and scientists, committed to connecting the public with visual communication, interactive experience, artistic language and new media technology in public spaces and commercial scenes. The original intention of the team is a group of like-minded new media art practitioners, hoping to express their attitude through their works and take the initiative to lead the development direction of the industry.

Comments from all walks of life:

"The classical Victorian dance and the grandeur of the cast and crew No. 200 give this long-standing ballet a new look."

"Of the many versions of The Nutcracker I've seen, the Grand Theatre version is one of the best, retaining the original Christmas atmosphere embodied in the traditional Nutcracker..."